The cherubism is a congenital disorder of the jaw. Those affected suffer from multicystic benign bone tumors in the jaw area, which manifest themselves in the form of swellings. The tumors can be removed by surgery or scraping.

Congenital bone diseases come in many forms. Many of these are associated with swellings in the affected bones. One such condition is cherubism, also known as cherubinism, which affects the jaw. The disease was first described in 1933. The American WA Jones is considered to be the first to describe it.

The patient’s face also appears deformed due to the abnormalities of the jaw. Because they have upward-pointing eyes, the faces of those affected are reminiscent of angel faces. There is also a vague talk of a cherubin face, which is what gave the disease its name.

Cherubism is one of the benign fibro-osseous diseases and is reported to have a prevalence of less than one case in 10,000 people. Like all fibro-osseous diseases, cherubinism is also associated with the formation of multicystic bone tumors. The congenital disease is autosomal dominant, according to the recent case reports, with incomplete penetrance and variable expressivity is suspected.

The cause of cherubism lies in genetics. Presumably it is a mutation that is passed on in the autosomal dominant mode of inheritance. According to current hypotheses, the mutation affects the so-called SH3BP2 gene in chromosome region 4p16.3, which codes for an adapter protein.

This protein regulates intracellular signaling processes by forming complexes with various other proteins. If the coding gene is mutated, the protein can be changed in such a way that it can no longer fulfill its original functions, or only inadequately. Cherubism and the mutation on which it is based are sometimes only the symptom of an overarching disease.

Although it is a congenital disorder, people with cherubism do not show symptoms immediately after birth. Most of those affected do not develop symptoms until they are young, which initially manifest as symmetrical swelling of the lower jaw and later lead to simultaneous swelling of the upper jaw.

As a result of the swellings, the patient’s eyes appear to be pointing skyward. The swellings are caused by multicystic benign bone tumors, whereby the teething of those affected is subject to disturbances in the respective affected areas. Some of the patient’s teeth may not be in place. Other teeth may not erupt or erupt only after a delay or are affected by dislocations.

Sometimes the roots of the teeth are resorbed, with malocclusions being a common occurrence. As a result of the overgrowth, in addition to disturbing the position of the teeth, there is also a constriction of nasal breathing and a disturbance of the tongue function. If left untreated, the abnormalities regress with puberty. Atrophy of the alveolar processes usually takes place during this time. Only in rare cases does the cystic changes not regress after puberty.

The diagnosis of cherubism is usually made by the doctor based on changes in tooth development. To assess the changes, he will arrange for an image to be taken. In the X-ray he recognizes multicystic lightening or swelling of the jaw sections. For a more precise representation, he prompts cross-sectional imaging such as computed tomography.

Imaging alone allows the disease to be differentiated from similar diseases such as fibrous dysplasia. Typically, a biopsy is performed to more closely assess the tissue changes so that the diagnosis can be confirmed histologically.

The tissue samples show irregularly distributed multinuclear giant cells in the histology. The vascular spaces lie in a fibrous-connective tissue stroma. Osteoclast-specific markers are released by the giant cells. After the diagnosis has been confirmed, the patient’s cherubism is further assessed for its connection with other hereditary diseases.

With cherubism, the patient suffers from a deformity of the jaw. This deformation also affects the surrounding bones and can deform and disfigure the entire face in the process. Cherubism can lead to teasing and bullying, especially among children. This often leads to psychological problems, depression and a decreased self-esteem in people.

In most cases, cherubism is innate, but does not develop until the patient’s life. First, there is swelling on the lower jaw. The patient also has problems with their teeth. These are arranged incorrectly, lie one on top of the other or can even break off.

This leads to relatively severe pain. However, today’s dentistry can treat this symptom relatively well. The shifting of the teeth can also disrupt breathing and tongue. In some cases, those affected cannot speak properly.

With cherubism, a visit to a doctor is definitely necessary. Although the tumors are benign, they should still be removed to prevent further complications. Self-healing does not occur. The person concerned should then consult a doctor if there is significant swelling in the area of ​​the jaw.

This swelling is visible to the naked eye so that other people can also alert the patient to the disease. Usually there is no pain. However, cherubism can also cause misalignment of the teeth, so this symptom can also indicate the disease.

The person concerned should also consult a doctor if there is discomfort when swallowing or when closing the mouth. It is also advisable to have a doctor examine you if you are missing some teeth. The symptoms usually subside after puberty. In some cases, however, surgical interventions that can be carried out by a surgeon are still necessary.

Although cherubism theoretically resolves after puberty, in some cases surgical intervention is recommended. As a rule, such an intervention is only recommended after the end of puberty and, if successful, improves the mobility of the jaw and the psychological situation of the person concerned. If the lesions are growing particularly quickly, curettage is often used, that is, the affected area is scraped off.

Alternatively, an operative contouring can be carried out. The interventions achieve an immediate result on the one hand and prevent active growth of the remaining lesions on the other. Under certain circumstances, the direct intervention can even stimulate the regeneration of the bone tissue. If the lesions are widespread and the risk of fracture arises as a result, a segmental resection is usually performed.

This affects the parts of the mandible and is combined with a subsequent reconstruction of the affected jaw areas. In the meantime, drug therapeutics are also being tested. Calcitonin and interferon-alpha are a current research focus as drug treatments.

Cherubism has a good prognosis. Despite the rapid progression of the disease after the onset of the disease and the existing symptoms, a good end result can be achieved with comprehensive medical care. Thanks to the surgical possibilities nowadays, the physical features and deformations are corrected to such an extent that there are hardly any impairments in the further course of life.

Permanent mutations are only preserved in very rare cases. However, these do not lead to a reduction in life expectancy or a deterioration in physical health. The benign tumors can be removed in a surgical procedure because they are located in an easily accessible area in the body. The swellings on the jaws will then recede.

Follow-up care consists of a jaw and tooth correction. Overall, the healing process for most patients takes several years, since the corrections to the jaw and teeth are tedious. Subsequently, the affected person is considered to be permanently cured. In the case of cherubism, however, optical changes can lead to sequelae.

Thus, speech disorders or difficulty breathing complications, which must provide the patient. If a mental disorder develops, the general state of health deteriorates again. However, the disturbances cannot have an effect on the recovery of cherubism or a relapse.

Cherubism is an hereditary disease with a genetic basis. Therefore, its occurrence can only be prevented through genetic counseling in the family planning phase. In the case of the risk of passing on, a couple can, for example, decide not to have their own child.

Cherubism follow-up includes, on the one hand, regular medical follow-up checks. On the other hand, the patient has to perform speaking exercises in order to improve the limited ability to speak. The doctor examines the jaw region as part of the follow-up checks, which can take place monthly at the beginning and then, depending on the course, every three months, every six months or annually.

In addition to an X-ray examination of the affected region, a blood sample and, if necessary, a tissue sample will also be taken. The laboratory can determine whether there are cancer cells in the body. Based on the results, the doctor will then discuss the next steps with the patient.

If necessary, the patient should contact a therapist so that speech therapy can be optimally designed. In addition, the suffering leads to emotional complaints in some patients, which must be worked through. The extent to which this is necessary always depends on the severity of the disease and must be discussed in detail with the responsible doctor.

It is also a good idea to attend medical follow-up programs. The health insurance companies recommend follow-up care for five years. A very advanced cherubism is usually associated with continuous treatment for the patient. Follow-up care is coordinated by the family doctor or the responsible specialist.

Patients with cherubism are only partially able to influence the state of their disease through self-help measures. The resulting swellings in the area of ​​the upper and lower jaw disfigure the face and often lead to problems such as bullying and exclusion, especially in children.

Although the mental development of the patient is not usually affected by the disease, in some cases it is advisable to attend a special school. There, the sick children experience much more support and social integration, so that they develop a healthy sense of self-worth.

Cherubism is often associated with malfunctioning teeth, with certain teeth missing or underdeveloped. Orthodontic treatment is usually required here, which largely depends on the patient’s commitment. Because for good therapy success it is essential that the person concerned wears the braces in a disciplined manner. Sometimes operations and tooth extraction are also necessary, and the patient then pays attention to adequate nutrition.

If the patient suffers too much from bullying or inferiority complexes, a visit to a psychotherapist is appropriate to deal with the emotional stress. The parents of the person with cherubism may also benefit from such treatment. 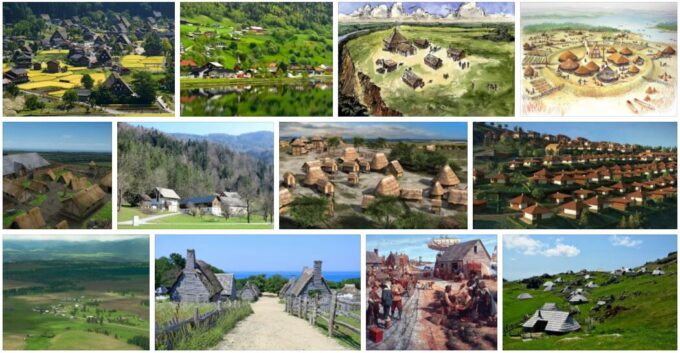