The Heerfordt-Mylius syndrome is a form of sarcoid and thus a granulomatous and immunological inflammation that mainly affects the cranial nerves. Symptoms usually resolve spontaneously. Long-term medication with immunosuppressants is only indicated if the disease becomes chronic.

Patients with Heerfordt-Mylius Syndrome suffer from a special form of sarcoid. This is a granulomatous inflammation that can assume subchronic to chronic proportions. Sarcoidosis is also often referred to as an inflammatory multisystem disease that forms small nodules in various organs and thus triggers an above-average immune response with inflammatory reactions.

The lungs are most commonly affected by inflammation. The hilar lymph nodes become inflamed in about 95 percent of cases. In principle, sarcoidosis can cause inflammation in any organ system. In the special form of Heerfordt-Mylius syndrome, inflammation of the cranial nerves and the layers of connective tissue in the central nervous system occur.

Christian Frederick Heerfordt first described the Heerfordt-Mylius syndrome in 1906, with Jonathan Hutchinson documenting sarcoids for the first time shortly before. The syndrome can be summarized as a type of neurosarcoidosis. The onset of the disease is between the 20th and 40th year of life.

As with all other forms of sarcoidosis, the causes of Heerfordt-Mylius syndrome are largely unclear. Since familial accumulation has been observed, scientists currently sometimes assume that genetic factors are responsible for the outbreak of the disease. The involvement of environmental toxins has not yet been ruled out. The genetic level was confirmed in 2005 by gene abnormalities in sarcoid patients.

These abnormalities are mutations that appear to affect the onset of the disease. According to current research, the mutation of just one base pair in the BTNL2 gene on chromosome six can increase the probability of the onset of the disease by up to 60 percent. This gene influences immunological inflammatory reactions and activates specialized blood cells.

If both base pairs on the chromosomes mutate, the risk of the disease increases even threefold. However, these results are vague and do not necessarily apply to special forms such as Heerfordt-Mylius syndrome.

The Heerfordt-Mylius syndrome is characterized by five main symptoms. These key symptoms include, for example, a reduction in saliva secretion by about half. Extreme dry mouth with swallowing difficulties and speech disorders sets in. This form of hyposalivation is also known as xerostomia. In addition, uveitis is usually present.

As with all other sarcoids, the diagnosis of Heerfordt-Mylius syndrome is made depending on the symptoms of the complaints. Before Heerfordt-Mylius Syndrome is diagnosed, patients have usually already been diagnosed with sarcoidosis. As a rule, a CT is used as an imaging method. Based on this imaging, the stage of the disease can be determined.

The prognosis for Heerfordt-Mylius syndrome is favorable to very favorable. As a rule, the inflammation regresses through spontaneous remissions. Only in rare cases does the disease become chronic. It almost never leads to a chronically progressive course in which there is no remission between the episodes.

In many cases, Heerfordt-Mylius syndrome does not require treatment. The symptoms often disappear spontaneously and usually do not reappear afterwards. However, if it is chronic, there can be complications. The affected person suffers from speech disorders and dryness in the mouth. Difficulty swallowing also occurs, so that the intake of food and liquids cannot take place easily.

This can lead to dehydration or malnutrition. It is not uncommon for the language disorders to lead to bullying or teasing, especially in children. This can lead to psychological problems and depression. Furthermore, there are paralysis of various parts of the face and a low resilience of the patient.

The affected person often falls ill with fever and inflammation of the meninges occurs. These can be life-threatening for the patient. The symptoms of Heerfordt-Mylius Syndrome can be treated and controlled. However, it cannot be predicted whether all complaints can be completely reduced. Speech disorders can be treated and corrected in therapies. The treatment usually does not lead to any further complications or symptoms.

Because Heerfordt-Mylius Syndrome can also cause irreversible damage to the cranial nerves, the syndrome should always be evaluated by a doctor. In most cases, the syndrome resolves on its own, but an examination is advisable.

A doctor should be consulted if the affected person suffers from severe dry mouth. The patient lacks saliva and has difficulty speaking or swallowing. Furthermore, the Heerfordt-Mylius syndrome also leads to a foreign body sensation in the eye, although there is clearly no foreign body in the eye.

A medical examination is also advisable in this case. In addition, paralysis in various areas of the face can also indicate Heerfordt-Mylius syndrome. A doctor should be consulted immediately, especially if this paralysis persists for a long time. Diagnosis of the syndrome can be made in a hospital or with a general practitioner. Various drugs are used in the treatment.

The treatment of patients with Heerfordt-Mylius syndrome depends on the symptoms and the stage of the disease. The form of the course is also sometimes decisive. The complaints are therefore treated symptomatically and are based on the affected organ system. As a rule, acute flare-ups are treated with corticoids, primarily with glucocorticoids such as cortisol.

The goal of treatment is to suppress the immune system. Only in rare cases do patients receive long-term therapy with immunosuppressants. Such long-term medication is only required in chronic forms of the disease, since relapses can be delayed by permanently inhibiting the immune system. Because an inhibited immune system is also associated with risks, the benefits and dangers of the medication are weighed up for each individual case.

If there are symptoms of paralysis or speech disorders and swallowing difficulties due to the inflammation of various cranial nerves, the patient is also given logopedic or movement therapy treatment. However, signs of paralysis in the face can also resolve spontaneously. This is especially true if the inflammation heals after a short time and nerve tissue is hardly destroyed. To counter persistent hyposalivation, the patient can be given saliva substitutes that protect the oral cavity from secondary diseases such as caries.

As a special form of sarcoidosis, Heerfordt-Mylius syndrome has a good prognosis. The course is chronic to subchronic. There is a relatively high rate of spontaneous healing, ranging from 20 to 70 percent. Young people between the ages of 20 and 40 are particularly affected. Furthermore, it has also been found that more African Americans than the Caucasian population suffer from this syndrome. However, only about five percent of all sarcoid patients suffer from Heerfordt-Mylius Syndrome.

What is special about this form of sarcoidosis is the frequent occurrence of neurological symptoms due to cranial nerve failures. This leads to facial paralysis, which is associated with typical changes in facial expressions such as drooping corners of the mouth or incomplete eyelid closure. Taste disturbances can also occur. In turn, cranial nerve failures occur in about 50 to 70 percent of all those affected with Heerfordt-Mylius syndrome. Furthermore, the iris, the parotid gland and the oral mucosa are inflamed.

Mortality from sarcoidosis is approximately five percent, mainly due to pulmonary dysfunction. However, this applies to all forms of the disease. It has not yet been possible to verify how high the mortality rate is, especially in Heerfordt-Mylius syndrome. The iris inflammation can become a danger to vision, since complications such as cataracts or vitreous opacities can occur. The heart, skin, joints, gastrointestinal tract, nerves and upper airways should also be monitored constantly. Because the course of the disease is very variable.

Since the Heerfordt-Mylius syndrome is probably caused by a combination of genetic disposition and environmental toxins, the disease cannot be prevented.

In most cases, those affected with Heerfordt-Mylius syndrome have very few follow-up measures available. First and foremost, an early diagnosis must be made so that further complications can be prevented. Only early diagnosis and subsequent treatment of the disease can prevent further deterioration of the symptoms.

Heerfordt-Mylius Syndrome cannot heal on its own either. In the case of this disease, the person affected usually has to take medication. If anything is unclear or if you have any questions, you should always consult a doctor first. Furthermore, the person concerned should ensure that they are taken regularly and that the dosage is correct in order to alleviate the symptoms.

Since the disease can also cause swallowing difficulties or speech difficulties, some patients with Heerfordt-Mylius syndrome require special therapy to counteract these symptoms. Some exercises from these therapies can also be performed at home to speed up healing.

Good oral hygiene is also important to prevent diseases. It cannot be universally predicted whether the Heerfordt-Mylius syndrome will result in a reduced life expectancy for those affected.

The possibilities for self-help are relatively limited in Heerfordt-Mylius syndrome, so that those affected are primarily dependent on medical treatment to alleviate the symptoms.

In the case of a chronic course, the use of medication is permanently necessary. Since the Heerfordt-Mylius syndrome often leads to speech problems, the person affected can counteract the speech disorders with various therapies. The exercises can usually be carried out at home.

Furthermore, despite the difficulty swallowing, the person concerned should eat a healthy diet and drink regularly to avoid dehydration or deficiency symptoms. Caries also frequently occurs in those affected by the syndrome, so that these complications can be avoided by regular check-ups at a dentist. Especially with children, parents should pay attention to regular medical examinations.

If the patient also suffers from facial paralysis, the support of friends and relatives is often necessary in order to make the patient’s life more comfortable. Discussions with a psychologist or with people you trust can also help with psychological problems. 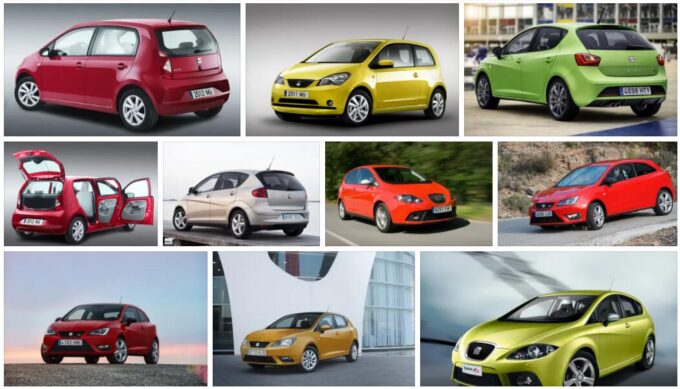