Numerous financial institutions pass on the negative interest that they themselves pay on deposits at the European Central Bank (ECB) to corporate customers. Institutional investors who deposit large amounts of money with a bank are particularly affected by this measure.

For a long time, private investors were exempt from negative interest rates. Since 2014, however, banks and savings banks in Germany have occasionally asked private savers to pay for overnight money. It all started with a Volksbank from Thuringia .

So far, private customers have mainly charged the so-called “custody fees” on high balances of 100,000 euros or more. However, some banks also charge penalty interest on lower investment sums. Small savers are largely spared. In addition to overnight money accounts , credit balances on current accounts are also affected by negative interest in some cases . The amount of the penalty interest is noted in the price notices and is currently up to minus 0.6 percent (as of February 24, 2021). As a rule, they are only levied on the part of the credit that exceeds the agreed exemption. According to media reports, Bank 1 Saar even demands -0.75 percent.

A simple calculation example illustrates the effects of negative interest rates: A bank charges a custody fee of 0.5 percent for overnight deposits over 100,000 euros. In the case of deposits of 200,000 euros, the penalty interest is only charged on the balance from 100,001 euros. After a year there are still 199,500 euros in the account.

In some cases, actual negative interest rates arise: This means that the bank does not charge negative interest, but charges for the overnight money , which is usually free. The customer still has less money in his account at the end of the year and his effective net return is negative. Investors with low investment sums can also be affected by these fees.

The trigger for the negative interest rates is the monetary market policy of the ECB. In June 2014, she introduced a negative deposit rate for banks that wanted to park money at the central bank for a short period of time. For the financial institutions within the euro zone, this means that they pay penalty interest when they store money at the central bank. Initially, the penalty interest was minus 0.1 percent, then the monetary authorities increased it to minus 0.2 percent. From March 2016 to September 2019, the negative interest rate was minus 0.4 percent. Since then it has been minus 0.5 percent.

ECB wants to get lending going

Defined by digopaul, the aim of the penalty interest rate is to encourage financial institutions to grant more loans to companies and thus stimulate the economy within the European Union. However, this approach has to find its way into the real economy. Otherwise, the negative interest that banks pay on deposits at the central bank will become an additional burden for financial institutions.

There is now a judgment on negative interest rates. According to the Tübingen Regional Court, penalty interest may not be introduced in current contracts. In general, however, they are not prohibited. The judges have thus left open a possibility for penalty interest, at least for new contracts. If a bank also wants to charge its existing customers with penalty interest, it must agree this individually with the savers concerned. (Ref .: 4 O 187/17)

But savers not only have a problem with penalty interest: even average overnight and fixed-term interest rates are currently well below the inflation rate. Even without minus interest there is a loss of purchasing power, which leads to a negative real return – the savings thus lose value. 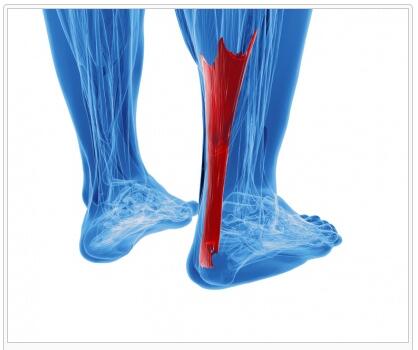